Featuring in-house players supplemented by guest artists, Commodore Callahan is a group whose conscience and heart comes through in every song. For 2021, the band is focused on amplifying the story of how unemployment, housing and food insecurity, and financial hardship have all soared in the USA, according to Feeding America. The World Bank has estimated the pandemic to move 150 million people worldwide to the ranks of the extreme poor. With such a stark issue, the band felt a simple video was appropriate. Here for your consideration is "In Canada (No One's Poor)," a new video from the band's Love is Here album. 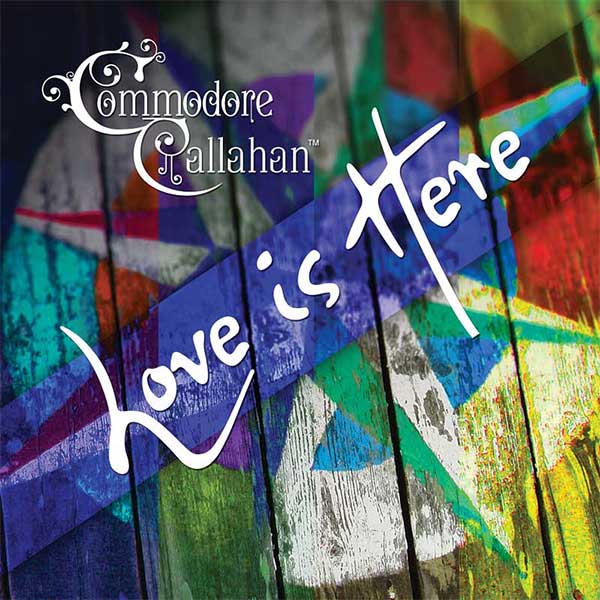 The album was released at a fundraiser for San Francisco Boys Hope Girls Hope, and one track was featured at a local More than Bluegrass fundraiser for two years running. Another track, "Resurrection," was used in a fundraising telethon by Peter Young Housing Industries and Treatment and garnered an Official Selection and Honorable Mention from the Awareness Film Festival.

"Speeth, Kane and Workman bring powerful combined musical presence to awareness-raising. The impressive versatility and soulfulness of their delightful set provided the splendid ambiance to a wonderful event."

"The music of Commodore Callahan set the tone for our Growing Hope Graduation Gala… thoughtful, deliberate and fun! A spectacular group of professionals to work with. So many of our guests commented on the synergistic message of the lyrics and our message as a nonprofit agency."

"From the moment our event began, Josh Workman set the tone with his soft, jazzy guitar rhythms. He later was joined by rest of Commodore Callahan's musicians, Don Kane on the bass, Ross Gualco on piano and John Watkins on bass while Don slipped in a Clarinet solo. They were joined by vocalist Lauren Speeth with her quiet-but-confident and sultry Brazilian style blended with Alison Lewis whose vocal dynamism and sculpted tones balanced out the act. Outstanding harmonies and marvelous lyrics bringing warmth and hope to us all!"

"The true magic of music is when it unifies several emotions and spirits into a perfect harmony, with words that capture a moment, feeling and emotion all at once. Garden in My Soul did that beautifully, and used that magic to musically memorialize the essence of what Boys Hope Girls Hope is all about."

"Many thanks to Lauren Speeth and Commodore Callahan who joined with us at our recent Church benefit concert here in Burlingame California. The music was both joyful and inspirational and was delivered with professionalism and graciousness. With a style all their own, Commodore Callahan's music demonstrated both depth and accessibility. The ease with which they delivered their original songs belied the sophistication present in their music. We are very grateful indeed to Lauren and the band for their help and generosity of time and spirit. Cheers and blessings to all in Commodore Callahan in the continuance of your good work."

"If there's one thing that can light up the faces of a group of poverty law veterans and pioneers-to-be, it's singing along to "Such a Crime," with Commodore Callahan, the band of Lauren Speeth, the polymath philanthropist, scholar and activist." 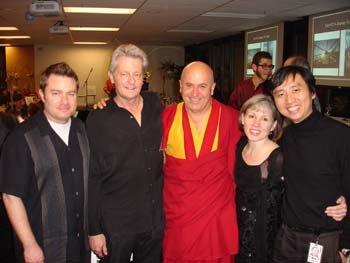 Commodore Callahan at a fundraiser at Google featuring the Dalai Lama's interpreter, Matthieu Ricard and benefiting a hospital in Bihar, India.
This website uses cookies for general analytics. Except when you share it with us through our contact form, we do not harvest, ask for, or gather any personal data. By continuing on this site you acknowledge our terms and conditions .