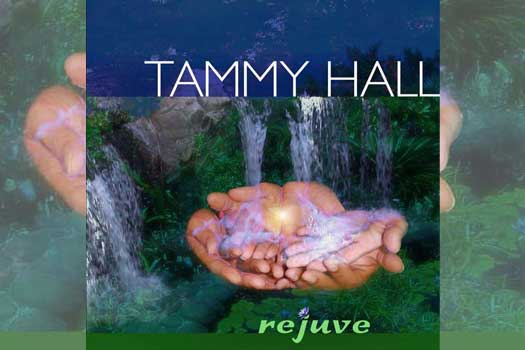 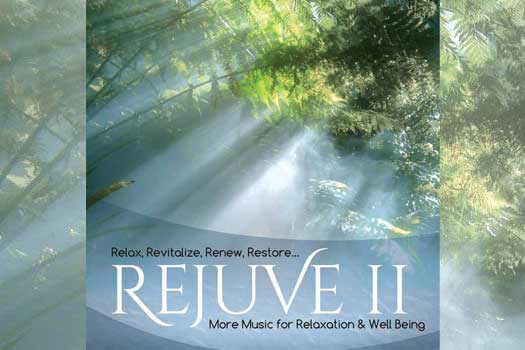 With all-new and all-original music to comfort, inspire and encourage, Rejuve II features ambient guitar, clarinet and electronica played in a soft and mellow style, with soothing and mellow singing bowls and bells to clarify the mind. Useful in guided meditations, spa relaxation, and simply drifting pleasantly for a time, away from the stresses of the day.

Our first release in the series features specially tuned pianos, violin and percussion, played in a soft and mellow style, creating a soothing and peaceful feeling. Released in Selected it as an "Editor's Pick" the year of release, Body and Soul magazine raved, "On the transporting CD Rejuve (February 2007), jazz pianist Tammy Hall breaks from the tradition of performing covers and plays mesmerizing songs she composed with the express intention of helping listeners recuperate from illness."

We are not engaged in professional medical services and assume no responsibility for patient outcomes. Medical advice and decisions are appropriately made only by a competent and licensed medical practitioner, who must make decisions, in light of all of the facts and circumstances in each individual and particular case. We absolutely do not advocate that anyone turn away from their current treatment or support—this music is intended to augment, not replace, such treatment.

In partnership with The Elfenworks Foundation, Rejuve II was made available to UCSF's Springer Lab as a giveaway incentive, while partners for Rejuve I included the Greater Bay Area Chapter of the Leukemia and Lymphoma Society and Package of Prevention.

Modern keyboard tuning has been in "equal temperament" for nearly the past 100 years. This means that each half step in an octave is spaced equally from the rest, a compromise which makes all of the intervals slightly out of tune, but allows for exactly the same sound in every key signature. Historical, or "well temperament" means that the half steps are not equally spaced—the result being that some key signatures have a more harmonious, in-tune sound, while others sound more dissonant. The pianos were tuned in an historical "well temperament" and the artist specifically composed and performed these melodies in the key signatures that can be perceived as more harmonious in this tuning. The effect is a calming, soothing musical experience.

- John Callahan, Piano Technician, Callahan Piano
This website uses cookies for general analytics. Except when you share it with us through our contact form, we do not harvest, ask for, or gather any personal data. By continuing on this site you acknowledge our terms and conditions .